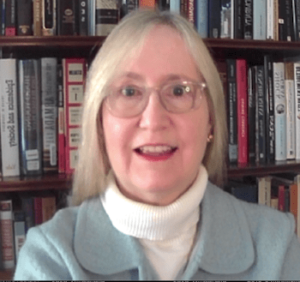 Suzanne P, Bishopric, Managing Partner, Global Sovereign Advisors, is Board Director of Lim Advisors MultiStrategy Fund (Hong Kong) with a term ending in October 2020. She serves on the Advisory Board of CyNation, a cybersecurity company based in London.

Until 2015, Bishopric was Director -Investments of the United Nations Joint Staff Pension Fund, astutely foreseeing the financial crisis and increasing the value of the fund from almost $38 Billion in 2007 to $54 Billion in 2015. She initiated the Fund’s investments in Private Equity, Infrastructure, Green Bonds and Low Volatility ETF’s. During her earlier role as Treasurer of the United Nations, she received a letter of commendation from Paul Volcker for demonstrating professional management of the Central Bank of Iraq’s portfolio, while the assets were under her fiduciary control. As Director, Financial Markets of McDonald’s Corporation, she financed start-ups, joint ventures and real estate investments in 43 countries, including overseas postings in Hong Kong and Brazil.

Suzanne Bishopric has degrees from Harvard University, the Harvard Graduate School of Business Administration, The Institute of Corporate Directors, at The Desautels Faculty of Management, McGill University (ICD.D 2013) She completed the HBS Women on Boards Program in 2018.