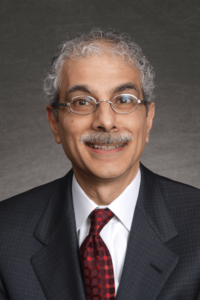 Paul Andrews oversees the strategic direction and leadership of the Research, Advocacy and Standards function to position CFA Institute as an innovator and thought leader in investment management.

Prior to joining CFA Institute, Paul was Secretary General of the International Organization of Securities Commissions (IOSCO). He joined IOSCO in March 2016 after 18 years at the Financial Industry Regulatory Authority (FINRA) in Washington DC. He was reappointed to a second term in March 2019.
From 2003 to March 2016, Paul served as Vice President and Managing Director, International Affairs, at FINRA, the largest independent regulator for all US securities firms. In this capacity, he directed FINRA’s international engagements and worked closely with key regulators and regulatory bodies worldwide, including IOSCO.

Prior to joining FINRA, Paul spent eight years at the U.S. Securities and Exchange Commission, where he worked in the Division of Market Regulation and the Office of the General Counsel. Paul also spent four years in private legal practice in Washington, DC. He is a graduate of the Catholic University School of Law in Washington DC and of Villanova University in Pennsylvania.