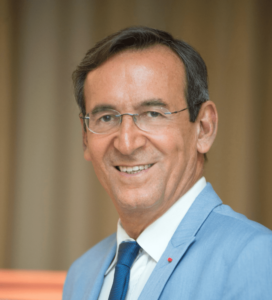 Marc-Olivier Strauss-Kahn is Honorary Director General of the Banque de France (BDF) and Non-Resident Senior Fellow at the Atlantic Council, as well as professor in various business schools. During most of the last two decades, he was a member of the BDF Executive Committee, Chief Economist and Director General for Statistics, Economics and International. In addition, he was the member or alternate in various international bodies, such as the Board of Directors of the Bank for International Settlements (BIS), Working Groups of the Organization for Economic Cooperation and Development (OECD), the International Monetary Fund (IMF) Committee, G7-G20 meetings, etc. He also worked successively at the IMF, the OECD, the BIS, the US Federal Reserve Board and the Inter-American Development Bank. He was a member of the SUERF Council.