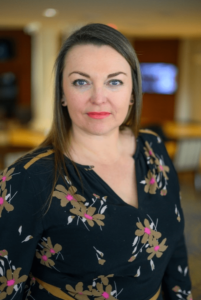 Jo Murphy has been in Asia for over 20 years, predominantly based in Hong Kong but with two valuable years spent in Singapore. She has held several senior Asia Pacific wide management positions, successfully leading sales, business development, marketing and client relationship management divisions for major institutions; and has both built and managed large and effective regionally located teams.

Jo was expatriated to Hong Kong, with Morgan Stanley, in early 1997 and has worked for several global institutions; covering intermediary, buy and sell side, entrepreneurial and now in a professional education business environment – throughout the Alternative Investment industry.

In 2000, Jo joined HSBC Securities Services (previously Bank of Bermuda) as Head of Sales, Asia Pacific (based in Hong Kong) and in 2005 moved on to Head of Sales Asia (ex-Japan) and Product Specialist for all alternative investment products at Deutsche Asset Management (in Singapore). In 2008 Jo joined Triple A Partners, a privately held group. In early 2012 Jo joined the Chartered Alternative Investment Analyst (CAIA) Association, the international leader in alternative investment education and provider of the CAIA designation, as Managing Director, Asia Pacific.

Jo enjoys the reputation of being hard-working, capable, committed and commercial; was voted “Asia’s most influential woman in the alternative sector” and also one of “The 25 most influential people in Asian hedge funds” by the industry’s leading AsianInvestor magazine. Jo also was a founding member of the Hong Kong AIMA Chapter, previously held an Executive Committee Member position and now sits on its Education Committee. Further, she also holds a number of corporate advisory positions, is a Fellow of SUSS (Singapore) as well as an advisory council member of UPACA Gurukul (India).