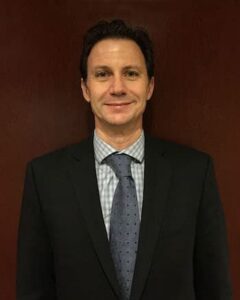 David Palumbo is the Bureau of Reclamation’s Deputy Commissioner of Operations. In that role he has leadership accountability for the environmentally and economically sound delivery of power and water to the 17 western states served by Reclamation.

He has built and maintains strong, collaborative relationships with customers, partners, and stakeholders across the United States, Tribal nations, and Internationally, including water districts, power contractors, non-governmental organizations, and the country of Mexico.

David joined Reclamation in 2005 as a project manager where he led the construction project of the Brock Reservoir Project in Southern California’s Imperial Valley. In 2008, he was selected as the Regional Engineer overseeing a multimillion-dollar portfolio of engineering, dam safety, and construction projects including the design and construction of a 50,000-square-foot office building which received a Leadership in Energy and Environmental Design (LEED) Platinum certification from the U.S. Green Building Council.

David has extensive experience in the private sector managing engineering and operations for manufacturing, water, energy, and research and development programs, including a joint venture with Canada’s Hydro-Quebec. He has received two of the Department of the Interior’s highest honors for career employees, a Presidential Rank award, and was selected as Reclamation’s Engineer of the Year in 2008.