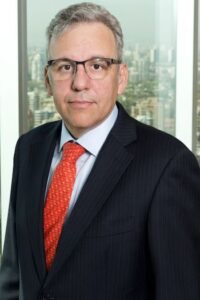 Axel Christensen, Managing Director, is Chief Investment Strategist for LatAm & Iberia for BlackRock. He is also a member of the Latin America & Iberia Executive Committee.

Mr. Christensen’s service with the firm dates back to 2009, including time with Barclays Global Investors (BGI), which merged with BlackRock in December, 2009. Prior to joining the firm, he was Chief Executive Officer for Cruz del Sur Inversiones, the financial services unit of largest industrial group in Chile, from 2008 to 2009. From 2002 to 2007, he was Partner and Managing Director at Moneda Asset Management, the largest independent asset management firm in Chile. Mr. Christensen also was the Chief Investment Officer at AFP Cuprum, one of Chile’s largest pension fund managers, from 1997 to 2002. Between 1992 and 1997, he also held positions at Citicorp, McKinsey and Banco de Santiago.

Mr. Christensen currently serves as a member of the Advisory Council on Capital Reform for Chile’s Finance Ministry. He has also been a member of the Presidential Committee for Pension Reform in 2006, as well as an advisor to the World Bank and to the Finance Ministry and Securities regulator in Chile. He was nominated to the Global Young Leaders program of the World Economic Forum in 2008. Mr. Christensen earned an industrial engineering degree with distinction from the Catholic University of Chile in 1992 and an MBA degree from Stanford University in 1996, where he was an Arjay Miller Scholar. He is fluent in Spanish and English.