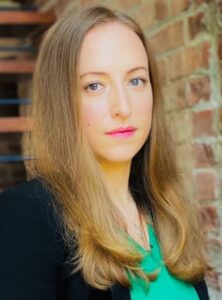 Amelie Derosne, CFA, has been with Société Générale since 2007, and currently serves as a Vice President on the Emerging Markets and US corporate repo trading desk. Prior to serving in her current capacity, Derosne worked within Société Générale’s emerging markets fixed income and currencies desk, as well as within the equity derivatives proprietary trading group as a programmer for several algorithmic trading desks. Derosne has served as Vice Chair of CFANY’s Membership Committee between 2015 and 2017 and has played a leading role as a volunteer for the CFANY’s Asset Owners Series. Since 2015, the Series has hosted C-Level investment executives from asset owner organizations that collectively have over $35 trillion in assets under management or advisory. Additionally, Derosne chaired the 2019 and served on the 2016 CFANY Nominations Committee and has been a member of CFANY’s Global Investment Thought Leadership Group since 2013. Derosne has assisted in the organization of over 25 CFANY events, which were attended by over 2,500 investment professionals. Derosne holds a BS and a Masters Degree in Finance from the Institut Superieur du Commerce de Paris, an MBA from Louisiana Tech University and is currently working on her micro masters in Data, Economics and Development Policy from MIT. Derosne is a CFA charterholder.