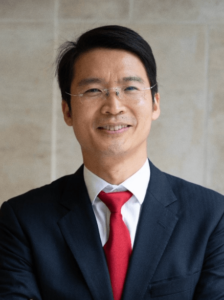 Author of The Digital War and The Hunt for Unicorns , former MD of CIC

Winston Ma is an investor, attorney, author, and adjunct professor in the global digital economy. He is one of a small number of native Chinese who have worked as investment professionals and practicing capital markets attorneys in both the United States and China. Most recently, he was Managing Director and Head of North America Office for China Investment Corporation (CIC), China’s sovereign wealth fund, for 10 years. Prior to that, Mr. Ma served as the deputy head of equity capital markets at Barclays Capital, a vice president at J.P. Morgan investment banking, and a corporate lawyer at Davis Polk & Wardwell LLP.

He was selected a 2013 Young Global Leader at the World Economic Forum (WEF) and has been a member of the Council for Long-Term Investing and Council for Digital Economy and Society. He is a member of New York University (NYU) President’s Global Council since inception, and in 2014 he received the NYU Distinguished Alumni Award.