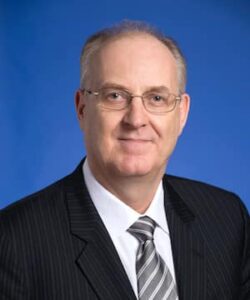 Paul Sheard is Research Fellow at the Mossavar-Rahmani Center for Business and Government at Harvard Kennedy School. Previously, he was Vice Chairman of S&P Global, after serving as Executive Vice President and Chief Economist. Earlier, he held chief economist positions at Standard & Poor’s Ratings Services, Nomura Securities and Lehman Brothers, and was Head of Japan Equity Investments at Baring Asset Management. Sheard was on the faculty of the Australian National University (ANU) and of Osaka University, and was a visiting assistant professor at Stanford University and foreign visiting scholar at the Bank of Japan.

Sheard is a member of the World Economic Forum’s Global Future Council on the New Agenda for Fiscal and Monetary Policy and was a member of the WEF’s Global Future Council on the New Economic Agenda (2018-2020) and its Global Agenda Council on the International Monetary System (2010-2012). He was appointed twice, by Prime Minister Hashimoto and by Prime Minister Obuchi, to serve on committees of the Japanese Government’s Economic Deliberation Council. He is on the board of the Foreign Policy Association and is a member of the Bretton Woods Committee, the Council on Foreign Relations, and the Economic Club of New York. Sheard served as a non-executive director of ORIX Corporation (2003-2010). He speaks regularly at conferences around the world, and his views on the global economy and policy are frequently cited in the international press.

Author or editor of several books and numerous academic articles, Sheard’s book in Japanese, Mein Banku Shihon Shugi no Kiki (The Crisis of Main Bank Capitalism), won the Suntory-Gakugei Prize in the Economics–Politics Division. Sheard has a BA (Hons) from Monash University and a Master of Economics and Ph.D. from the ANU. and received a Doctor of Laws honoris causa from Monash University.