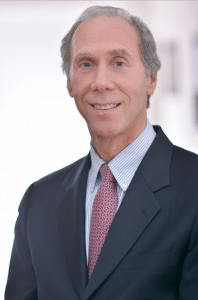 Martin Fridson, CFA, is “perhaps the most well-known figure in the high yield world,” according to Investment Dealers’ Digest. At brokerage firms including Salomon Brothers, Morgan Stanley, and Merrill Lynch, he became known for his innovative work in credit analysis and investment strategy. For nine consecutive years he was ranked number one in high yield strategy in the Institutional Investor All America Research Survey.

The Financial Management Association International named Fridson the Financial Executive of the Year in 2002. In 2000, he became the youngest person inducted up to that time in the Fixed Income Analysts Society Hall of Fame. The CFA Society New York bestowed its Ben Graham Award on Fridson in 2017. A study based on 16 core journals ranked Fridson among the ten most widely published authors in finance in the period 1990-2001. In 2013 Fridson served as Special Assistant to the Director for Deferred Compensation, Office of Management and the Budget, The City of New York.

In 2000, The Green Magazine called Fridson’s Financial Statement Analysis “one of the most useful investment books ever.” The Boston Globe said his 2006 book, Unwarranted Intrusions: The Case Against Government Intervention in the Marketplace, should be short-listed for best business book of the decade.

Fridson’s commentary on economics and financial markets can be found forbes.com.