Join the CFANY GLOBAL INVESTING THOUGHT LEADERSHIP GROUP on LinkedIn. NOTE: Group discussion forums are for the sole purpose of facilitating communication among members. Please do not use them to promote your own products, services, or business including publications, websites, and blogs. The views expressed by the members of the LinkedIn Groups do not necessarily represent or reflect the views of CFANY.
Global Investing Group Videos 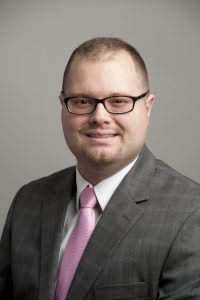 Thomas Brigandi, CFA, is a Lead Analyst in the Global Project and Infrastructure Finance Group at a Credit Rating Agency (CRA), where he is responsible for a portfolio of 34 power, toll-road, airport, port, water, wastewater, natural gas pipeline and project finance credits that collectively have over $15 billion of debt outstanding. Brigandi also serves on a CRA’s public pension steering committee, ESG Americas working group and formerly served on the veteran recruiting sub-committee. Brigandi previously worked at the ~$200bn NYC Pension Fund, where he focused on energy and natural resources and reported directly to the chief investment officer. Brigandi is Chair of the Board of Directors of the CFA Society New York (CFANY), one of the largest CFA Institute Society globally. Brigandi, the CFA Institute Inaugural Global Outstanding Young Leader and CFANY’s 2016 Benjamin Graham Distinguished Service Award recipient, has organized over 90 in-person CFA Society conferences globally that were attended by over 16,000 investment professionals, in addition to over 10 virtual conferences that reached an audience of over 2,000 participants. These events featured over 300 senior asset owner and investment consultant speakers who represent organizations that collectively oversee or advise on more than $70 trillion in fiduciary assets, in addition to over 200 senior asset manager speakers who represent firms that collectively manage in excess of $30 trillion in assets. Brigandi, the founder of CFANY’s Asset Owner Series, Global Policymakers Series, Emerging and Frontier Market Series, Financial Services Employment Outlook Series, Putting Beneficiaries First Series and Global Infrastructure Conference Series, leads a team of over 500 investment professional volunteers globally. While serving as the Director of Global Volunteers of the American Foundation for African Children’s Education, Brigandi organized the NASDAQ Closing Bell Ceremony on September 23, 2011, hosted for the President of Sierra Leone. Brigandi maintains over 13,000 connections ‎on LinkedIn and holds a Bachelor of Science in Finance, Accounting and Economics from the Macaulay Honors College (MHC) at the City University of New York. Brigandi received the college’s inaugural Alumni Pioneer Award and serves on the MHC Foundation Board of Directors as Treasurer.

David Allen, CFA, is an Institutional Director at Schroders, where he is responsible for sales and relationships with the firm’s largest clients and prospects. He works across all product lines and asset classes to export the firm’s intellectual capital to large plan sponsors, including public funds, corporate clients, and endowments & foundations. David served clients in a similar role at AllianceBernstein, and was also a Principal at Bernstein, serving SFOs, MFOs, and other wealth management clients. Prior experience includes fixed income consulting for Bank-Owned Life Insurance clients, foreign exchange trading throughout the 1990s, and entrepreneurial pursuits. David is a CFA Charterholder, a member of CFA Society New York and its Board of Directors, and Co-Chair of its Global Investment Committee. He holds a B.A. in Economics from the University of Pennsylvania.

Karina Bubeck, CFA, is a managing director at TIAA Investments, an affiliate of Nuveen. As a member of the firm’s emerging markets fixed income research team, Ms. Bubeck’s primary focus is on South American corporate issuers across various sectors, including financials, pulp and paper, telecom and media, oil and gas, and utilities. She previously covered Mexico, Central America and Caribbean sovereigns and corporates in addition to EMEA corporates and formerly served as a credit analyst on the domestic private placement team. Ms. Bubeck joined TIAA in 2003 and has over 16 years of industry experience.