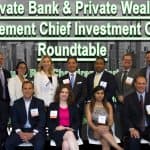 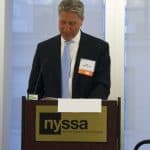 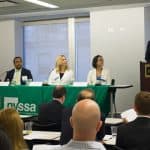 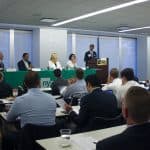 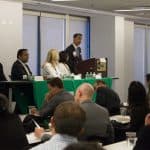 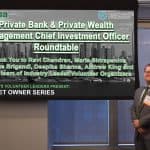 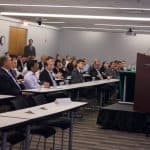 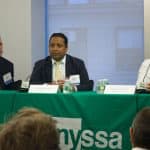 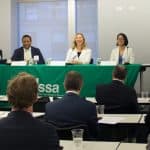 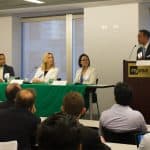 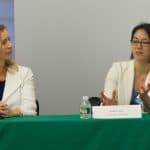 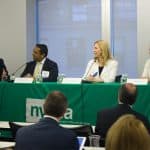 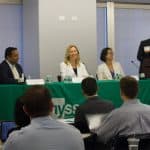 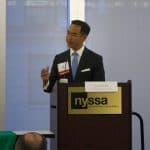 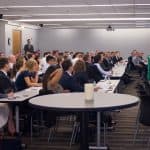 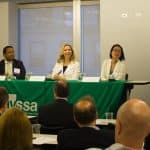 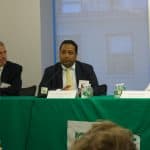 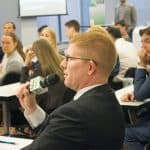 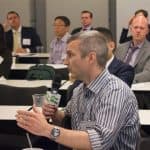 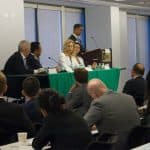 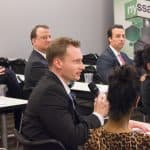 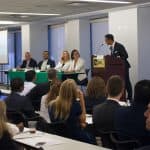 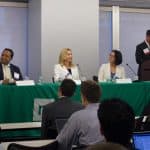 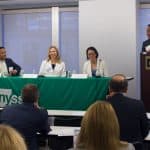 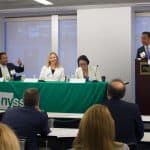 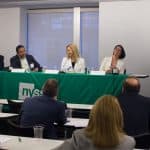 The CFA Society New York (CFANY) hosted the “Private Bank and Private Wealth Management Chief Investment Officer Roundtable on the evening of June 14, 2016. The event was attended by around 150 senior industry participants, a majority of whom were CFA charterholders and CFANY member investment managers and asset owners. This is the fifth highly successful and insightful discussion in the Asset Owner Series, after previous discussion on Endowments and Foundations. This Series has already hosted senior investment industry leader attendees and speakers who directly and collectively oversee north of $7.5 trillion in AUM.

2016 has been a volatile year for the markets and has brought much of uncertainty and concerns to investors. The panel explored what impact various factors across asset classes such as Global Equities, Global Fixed Income, Hard Assets and Alternatives have on private wealth clients and asset allocation solutions.

The panel started with a reflection of 2016. The major points included the potential threat of Brexit, China and currency wars, as well as interest rate policy. The panelist discussed how these factors impact their decision making in regards to asset allocation and advising clients. The discussion further moved to global paradigm shifts, which emphasized the growing significance of sustainable and responsible investing. Every period provides opportunities and panelists further elaborated on their solutions to the challenging environment, such as, opportunities in the defense sector and short strategies in declining industries. Alightning round followed as speakers answered quick questions ranging from economic outlook to favorite TV shows. Networking reception with an open bar and hors d’oeuvres closed the evening conference.

With a membership of nearly 9,000, the CFA Society New York, Inc. (CFANY) is the largest CFA® society in North America and a founding member of CFA Institute. Founded in 1937 by value investing pioneer Benjamin Graham, CFANY is a leading forum for the financial services industry and a provider of professional education and career development. In addition to delivering more than 200 events annually for its members, investment professionals and the general public, CFANY prepares hundreds of candidates to obtain the Chartered Financial Analyst® (CFA) designation. CFANY is committed to promoting best practices and the highest ethical standards in finance. Visit www.cfany.org for more information.