According to the latest study done by the PEW Charitable Trusts, the nation’s state-run retirement systems had an estimated $934 billion funding shortfall in fiscal year 2014. While many states have enacted reforms since the financial crisis to address funding shortfalls, the under-funding issue persists and will likely remain 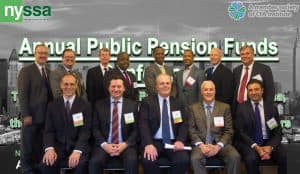 challenging in the future, resulting in ongoing pressures on state and local government budgets.

The discussion tackled the challenges confronting US public pension systems, starting with a keynote by Tom Byrne, Chairman, New Jersey State Investment Council. Mr. Byrne discussed the challenges facing the state of New Jersey as one of the most underfunded public pension systems in the U.S. He further discussed asset allocation strategies with a focus on the allocation and recent changes made to alternative investments, cost-saving measures introduced by the pension commission as well as longer-term considerations such as revising the actuarial rate of return assumption.

The 1st Annual US Public Pension Funds Conference was a record-breaking event for CFANY, as the event represented the first time in recorded history that a CFANY volunteer organized their 40th CFANY event. Over the last four years, Thomas Brigandi has spearheaded the organization of 40 CFANY events, which have been attended by over 7,000 investment professionals and over 275 speakers, who collectively and directly oversee over $12 trillion in AUM.

With a membership of nearly 9,000, the CFA Society New York, Inc. (CFANY) is the largest CFA® society in North America and a founding member of CFA Institute. Founded in 1937 by value investing pioneer Benjamin Graham, CFANY is a leading forum for the financial services industry and a provider of professional education and career development. In addition to delivering more than 200 events annually for its members, investment professionals and the general public, CFANY prepares hundreds of candidates to obtain the Chartered Financial Analyst® (CFA) designation. CFANY is committed to promoting best practices and the highest ethical standards in finance. Visit www.cfany.org for more information. 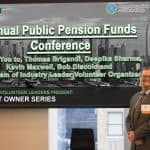 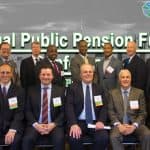 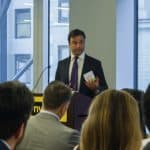 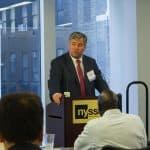 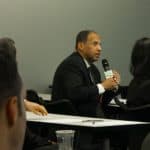 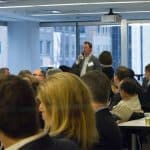 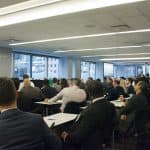 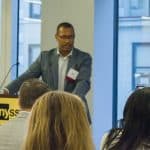 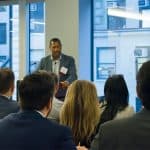 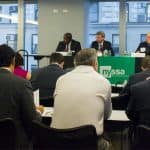 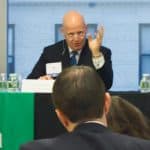 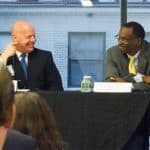 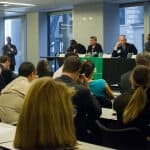 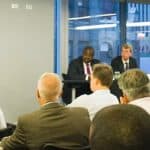 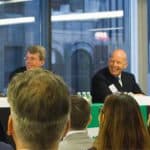 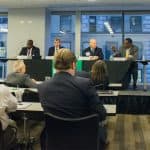 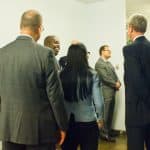 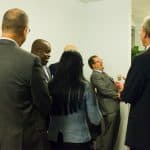